Christine is a long-term missing person and was last seen in 1999. 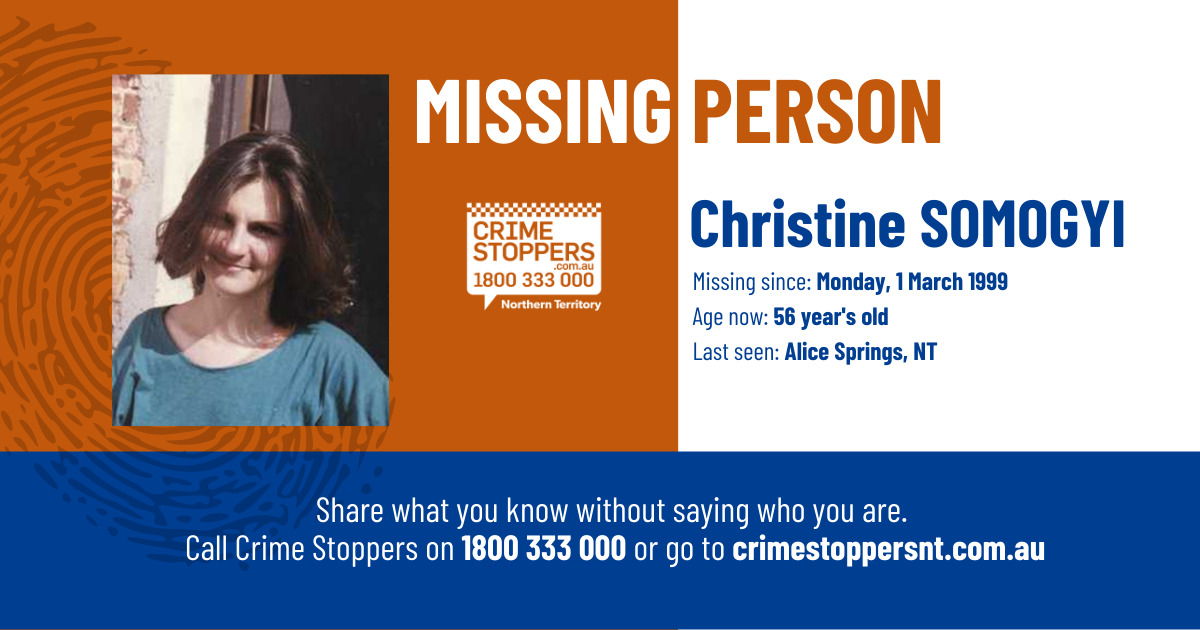 Christine Somogyi moved from Adelaide in South Australia to Alice Springs in the Northern Territory around 1997 to 1998.

She gave birth to a child in Alice Springs in early 1999.

Christine frequented Aboriginal Camps in the Alice Springs area and made close friendship with the Aboriginal people.

She was last seen at one of these camps.

If you have information that may assist police to locate Christine please call Crime Stoppers on 1800 333 000 or submit an online tip.