Ivica was last seen on 1 June 1982 and hasn't been heard from since. 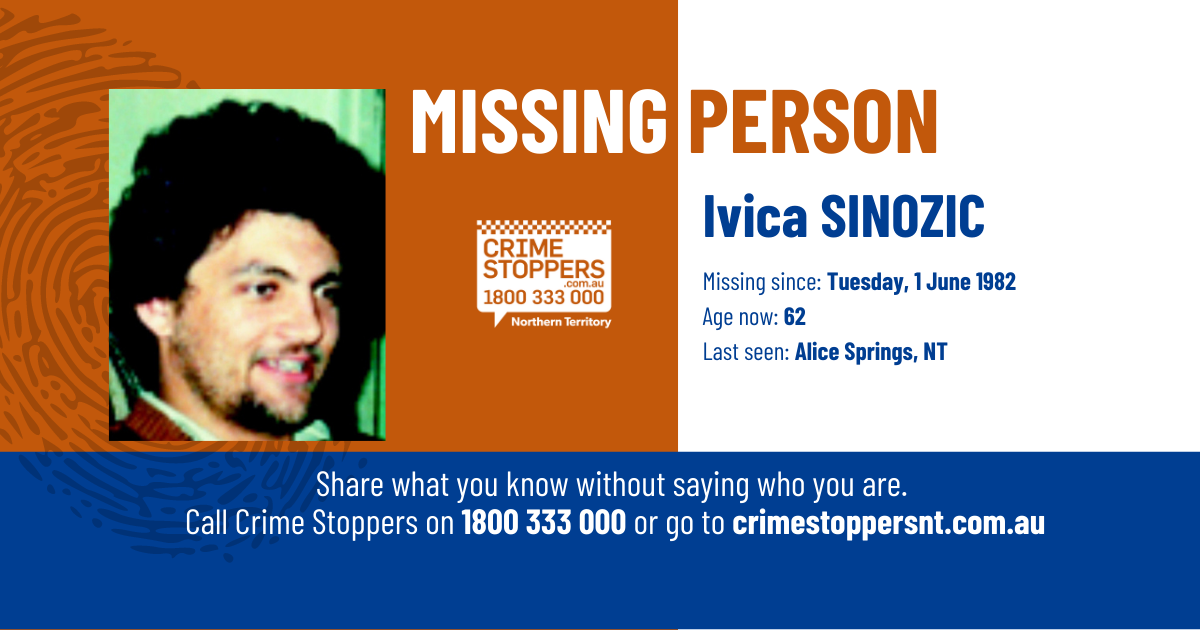 On 10 April 1983, a white Datsun 120Y station sedan was located about 400 km east of Alice Springs in the Northern Territory. Both registration plates and the vehicle compliance plate had been removed. Subsequent enquiries revealed that the vehicle belonged to Ivica Sinozic.

In June of 1982, Ivica had left his parents’ home in Victoria seeking employment in the mining industry outside Victoria. His parents have not heard from him since that time. He appears to have travelled through New South Wales and Queensland, and arrived in Alice Springs in July 1982. To date, all enquiries have failed to locate any trace of Ivica.

If you have information that may assist to locate Ivica please call Crime Stoppers on 1800 333 000 or submit a tip here.