Do you know something about the disappearance of Danny? 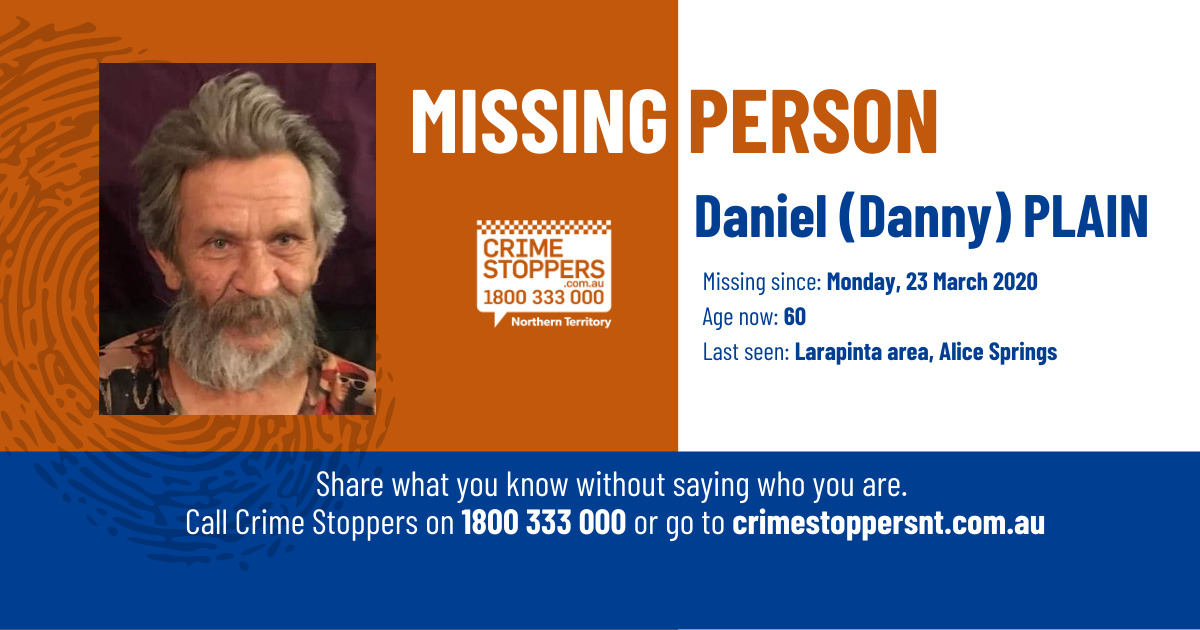 Daniel (Danny) Plain was diagnosed with dementia in late 2016 and his condition has slowly deteriorated. Due to his dementia, Daniel would walk around town, normally leaving his house in the late afternoon or early evening. In recent months, he appeared to be walking to places from his childhood. He would normally return to his house on his own or a member of the public or family would drive him home.

On the 23rd of March 2020, Daniel had dinner with his wife and daughter. In the early evening, Daniel left the house on foot without any belongings and did not state where he was planning to walk. Daniel has not returned home.

Anyone with information which may assist in locating the whereabouts of Daniel is urged to call Crime Stoppers on 1800 333 000 or submit a tip online.